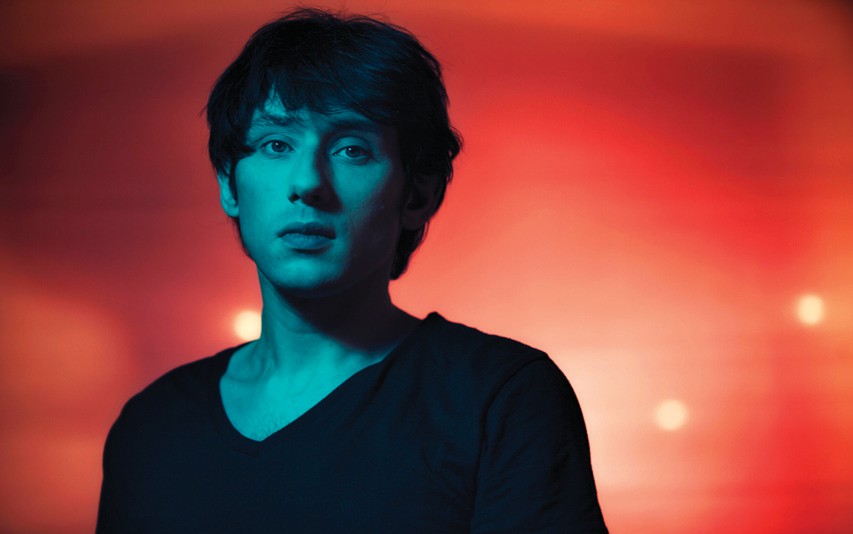 Backed by his eclectic ensemble, Joseph Keckler’s singular talent lights the Historic Asolo Theater aflame in his Sarasota premiere at The Ringling on Friday, Jan. 27, and Saturday, Jan. 28. His sublime brand of performance ranges from operatic vocals to comedic musings to short films in which his bizarrely heroic quotidian plots become legendary and melodramatic in their recounting.

While Mr. Keckler’s work is hard to neatly categorize, his transcendent performances have stunned audiences in theaters, comedy clubs and art museums alike, in rock venues, underground music scenes and hallowed halls of the classical music world. Before the burgeoning trend of contemporary opera took hold, Mr. Keckler was forging its path as a cunning storyteller, baritone genius and comedic prophet, deftly defying genres along the way.

Mr. Keckler has been hailed as “a major vocal talent (whose) range shatters the conventional boundaries … with a trickster’s dark humor” by The New York Times, the “best downtown performance artist” in New York by The Village Voice, and the Huffington Post describes him as “riveting and beautifully absurd … an artist who singlehandedly has the power and the chops to legitimately modernize a dying art form.”

“Even if you don’t know who Joseph Keckler is, take a chance on this daring show,” says Elizabeth Doud, the Currie Kohlmann curator of performance. “Keckler’s wry charm, musical prowess and absurd wit are spellbinding and hilarious, and an offering every performance lover should experience.”

Mr. Keckler is a singer, writer and multifaceted creator who often spins moments of daily life into absurd and affecting underworld voyages. Concerts have been presented by Lincoln Center, NPR Tiny Desk and Centre Pompidou, among others, and he has appeared at music halls such as Hammerstein Ballroom and Ryman Auditorium (as the national support act for Sleater-Kinney.) Full-length works include “Train With No Midnight” (Prototype Festival, On the Boards), “Let Me Die” (Opera Philadelphia) and many others. His story collection, ”Dragon at the Edge of a Flat World,” was published in 2018 by Turtle Point Press, and his writing has appeared in McSweeney’s, Vice, Lithub and elsewhere. He is currently working on short videos, a feature film with Laura Terruso, recording an album and touring.

As part of the Art of Performance’s creative development initiative, Mr. Keckler was a 2021 Artist in Residence at The Ringling. Prior to his two-night engagement at the HAT, he will moderate the post-show talk back for the program’s inaugural MicroWIP (Micro Works-In-Progress) showing on Jan. 21.

Performances are at 7:30 p.m. both days at Historic Asolo Theater, 5401 Bay Shore Road, Sarasota. For tickets and more information, see www.ringling.org/events/joseph-keckler-concert or call 941-360-7399.

The Ringling is Florida’s center for the arts, history and learning, bringing the past and contemporary culture to life through extraordinary visitor experiences. As the State Art Museum of Florida and part of Florida State University, The Ringling is a place of exploration, discovery and respite. The Ringling’s campus in Sarasota — which includes the Museum of Art, the Circus Museum, an historic mansion, an 18th century theater and Bayfront Gardens — is listed on the National Registry of Historic Places. ¦