THESE days Love Island turns its contestants into stars – but flashback to 2005 and it was a very different story.

The original format featured ready-made celebs all looking for love – and to revive their flagging careers.

Hollyoaks heartthrob Paul, 44, starred in the first series and ended up coming back for the second one as well.

During his stint on the series his erratic behaviour, drunken outbursts and attempts to seduce the women provided much entertainment.

At one stage he was sensationally removed from the villa by security after kicking off when the rest of the cast refused to share a bedroom with him.

He recently claimed he was given Valium by production during the show to help him with his drug withdrawal.

Afterwards he went on Celebrity Big Brother in 2017 and returned to acting for comedy-crime drama Are We Dead Yet in 2019.

He was diagnosed with ADHD that same year.

Having battled a cocaine addiction for years, Paul found himself homeless during the Covid lockdown.

While staying in a hotel he lived on a croissant a day and suffered terrifying hallucinations.

After managing to get himself to rehab, he’s now been clean for two years and has developed The Morning After Theatre programme, which is now a charity.

She’d competed on Hell’s Kitchen the year before – having been sacked from her job as a roving reporter for This Morning when a sex tape of her, ex-boyfriend John Leslie and aspiring model Aisha Abubakr came to light.

She was a lads mag staple for years – ranked seventh by readers in FHM’s list of 100 Sexiest Women in the World in 2005.

She dated her Love Island romance Lee Sharpe for two years after the show, and admitted she became hooked on sex, drugs, food and shopping during a “cycle of self-loathing and self-pity” after their break-up.

He was accused of having flings with two girls behind her back.

In 2007 she declared she was going to focus on her acting career, having made her theatre debut the previous year, and in 2012 she landed a role on Casualty.

Abi left the UK a year later to move to Los Angeles, admitting she had been suffering from depression and had contemplated suicide.

There she bagged a part as a nurse on US soap Days of Our Lives, and married her co-star Ari Welkom in 2017. The couple share a son.

In 2015, Abi announced she’d changed her name to Abigail Evelyn to help her start afresh in Hollywood.

Love Island kickstarted Calum’s TV career, enabling him to make a name for himself away from his dad George – who he claims left him in debt when he died.

He too returned for a second series, which he won with Bianca Gascoigne.

Now 41, Calum spent years trying to turn his womanising reputation around after gallivanting around Hollywood with a host of famous ladies.

He appeared on Celebrity Big Brother in 2017, finishing third – but while he was in the house, a recording of him performing a sex act leaked online.

Calum’s also been on Celebs Go Dating, Celebrity Ex on the Beach and Celebrity SAS: Who Dares Wins.

In 2021 he revealed he’d finally found love, but he remained coy about her identity and it’s not known if they’re still together.

Spanish-born Rebecca made headlines when she claimed she had a four-month affair with David Beckham while working as his PA,  after he moved to Real Madrid in 2003.

He has always denied her claims, branding them “ludicrous”.

Rebecca, who came out as bisexual, took part in a staged lesbian wedding to model Jenny Shimizu for the show Power Lesbian UK in 2005, as a protest against America’s laws on same-sex marriage.

The couple had a short-lived relationship afterwards.

In 2006 Rebecca, now 45, appeared on The X Factor: Battle of the Stars alongside James Hewitt where she butted heads with Sharon Osbourne who gave her negative feedback.

After meeting her husband, Norwegian doctor Sven Christjar Skaiaa, she relocated to Norway in 2009 after falling pregnant.

She now works as a yoga teacher and is mum to two boys.

Irish nightclub owner Fran, 45, was best known for being a bodyguard to Westlife when he went on Love Island.

He won the show with Jayne Middlemiss but their relationship didn’t last.

Fran went on to appear in the show Calum, Fran and Dangerous Danan for ITV2 which followed the ex-Islanders from Texas to Los Angeles via Route 66.

He has also appeared on Celebrity Daredevils and I’m A Celeb.

The ex-bodyguard shares a son, Josh, with former Atomic Kitten Singer Natasha Hamilton. They split shortly after he was born.

TV and radio presenter Jayne, 51, fell hard for footballer Lee Sharp on the show – but his head had been turned by Abi.

Heartbroken, Jayne told Lee she’d “always be grateful to you for binning me off on national TV”.

At least the public loved her, as she went on to win – and was also victorious on Celebrity Masterchef in 2009.

A year later she guest-presented Live From Studio Five, and replaced Emma Willis as host of Big Brother’s Little Brother.

In 2012 she won an episode of BBC One’s Pointless Celebrities with Jamie Theakston.

Jayne often stands in on Virgin Radio, but is rarely seen on screen now.

She decided to pursue her love of yoga, which she’s made several DVDs about and a Channel 4 documentary.

Socialite Lady Isabella, 40, daughter of the 6th Marquess of Bristol, worked as a model before appearing on the show.

She claimed in 2005 that she struggled to make it in the industry because of her lofty title, as people assumed she didn’t need the money.

Isabella claimed her half-brother John had spent most of the family’s £35million fortune before he died and she was left with “virtually nothing”.

Isabella later worked as a personal trainer in London, and in September 2014 she married Belgian millionaire Christophe de Pauw in Brussels.

The couple welcomed a son, Victor, in 2016 and he was baptised in the Ickworth Church – the first baptism there in 40 years. They have since had two more children.

In 2015 Isabella said she planned to be a “full-time, hands-on mum and look after him myself”.

She told Hello magazine: “When I was growing up, I had nannies and went to boarding school at six. I didn’t see my mother very much.

At the time it was reported he left after he was vocal about disliking his scripts – which he denied, claiming he was tired of being a celebrity.

The actor is a keen poker player and came second in the grand final of the 2006 showbiz poker event.

He’s continued playing ever since and won over £1million from tournaments.

He became a dad two years ago with his girlfriend Helen Harris.

The tot spent seven weeks at Great Ormond Street Hospital after being born with gastroschisis, a rare genetic disorder when the baby’s abdomen does not develop fully while in the womb.

Michael, who appeared in Casualty in 2017, has since revealed he is returning to TV in an unnamed Netflix drama.

In 2021, Michael fell victim to a bizarre scam where a lookalike hacker took over his Instagram account and reportedly tried to blackmail him.

She has since appeared on I’m A Celeb, Celebrity Paranormal Project, and Hulk Hogan’s Celebrity Championship wrestling.

Californian Nikki also became a reporter for the series the Ultimate Blackjack Tour and co-hosted The Grill with Vernon Kay.

Atomic Kitten singer Liz, 41, went on to compete on Celebrity Masterchef in 2008, which she won.

In 2010 she hosted BBC Three reality show Hotter Than My Daughter.

Branching out into musicals, Liz landed the role of Paulette in the first UK tour of Legally Blonde in 2011, and played Cinderella in panto in Liverpool.

In 2012 Atomic Kitten reformed for The Big Reunion documentary series alongside other Noughties pop groups.

She’s previously dated Lee Ryan from Blue and they were engaged at one point, but last year Liz announced she’s marrying a mystery boyfriend.

Ex-Manchester United ace Lee appeared on the show after retiring from football.

As well as his successful career as a TV soccer pundit, Lee went on to appear on Celebrity Wrestling, Dancing On Ice, and even had a minor role on Coronation Street.

In 2019 he married Lucie Gardner in Spain, after proposing at Cheltenham Races. They share a young son, Leo.

In 2019 and 2020 he appeared in both series of Harry Redknapp’s Harry’s Heroes which saw the former players try to get fit enough to play a team of German football legends.

In 2021 he started competing in professional golf tournaments, and that December opened a sports bar in Spain called Sharpey’s.

She was known for her role as Marjorie ‘Precious’ Hudson in EastEnders in 2002.

Since 2005 she has appeared in several films including Garfield 2, The Twilight Saga: Breaking Dawn Part 2, and Maleficent: Mistress of Evil.

She has also had several short-lived TV roles including NCIS: Los Angeles and Heroes Reborn.

The former model has a daughter called Lillie who she regularly shares photos of on her social media, but is believed to be single.

Former Olympic sprinter Du’aine appeared on the show but struggled to find love.

The sportsman, 51, joined Sky One’s revival of Gladiators and competed under the name “Predator”. 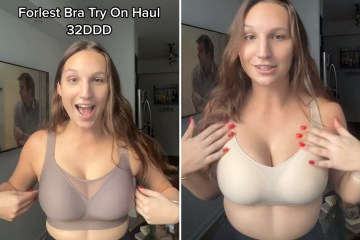 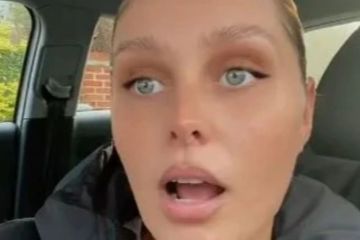 He is also the creator and owner of Australia’s Greatest Athlete which ran from 2009 until 2011.