A former translator for American troops in Kabul — a role that eventually allowed her to leave her birth country but left her with unresolved feelings of guilt and shame — 20something Donya now lives by herself in a Fremont, California, apartment complex full of other Afghan immigrants. Whatever sense of community Donya gets from the other people in the building doesn’t seem to alleviate her quiet isolation, even if neighbors like Suleyman (Timur Nusratty) and Salim (Siddique Ahmed) are readily available for wistful conversation at all hours of the night.

When the sun comes up, Donya commutes to her job at a Chinese-owned fortune cookie factory, where she’s responsible for printing out the cryptic sayings that other people will eventually translate for themselves. That might prove to be a good fit for a young girl in a foreign land who, despite her fluency in the native tongue, feels like she’s no longer in conversation with the world around her. As the cookie puts it: “Now is a good time to explore.”

A black-and-white portrait shot with Jarmuschian streaks of droll humor — but also laconic enough to make the similarly quotidian “Paterson” feel like a James Cameron movie by comparison — Babak Jalali’s “Fremont” is a Barstow-dry comedy that never rises above the volume or intensity of the Vashti Bunyan song that Donya’s co-worker Joanna (Hilda Schmelling) sings for her one night. Instead, the film settles into the sort of semi-enchanted deadpan that flattens its world into a gentle monotone, making its strangeness feel ordinary, and its ordinariness feel strange… a sensation not unlike the vertigo of escaping to the far side of the planet only to find yourself surrounded by people from home. People whose mother tongue makes Donya question whether she even deserves to think about love while others are still dying back in Kabul, and deny her the freedom to nurture any of the dreams that a place as hopelessly unromantic (and forever unstuck in time) as Fremont might inspire. 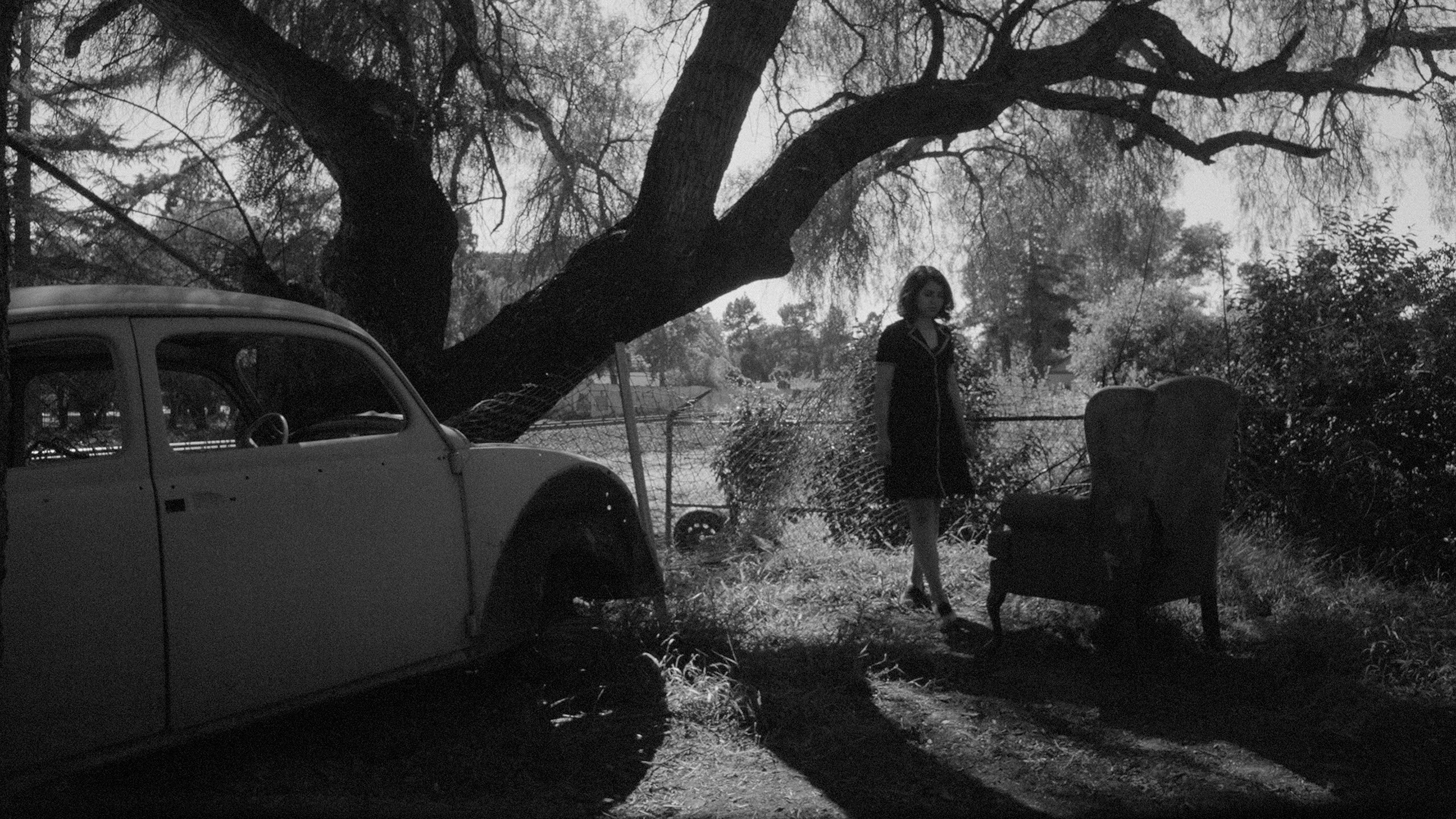 “It would be very strange if people did not feel lonely,” says Donya’s Chinese-American boss, a kind man who communicates via pearls of wisdom that are just a bit too pragmatic to fold inside a cookie. He’s right, of course, and virtually every character in Jalali and Carolina Cavalli’s epigrammatic script reaffirms that fact, most of them sharing nothing in common save for their mutual desperation to meet someone who understands what they’re trying to say (i.e. her therapist, played by Gregg Turkington, who can only seem to make sense of the world by likening it to a Jack London story).

Despite that wealth of kindred spirits, Donya remains stuck between a past she can’t leave behind and a future she isn’t ready to begin. Her purgatory is defined by the arid stretch of California — that most liminal of states — she’s hoping to call home, but it’s sustained by Anaita Wali Zada’s expressionless face as the first-time actress and real-life Afghan refugee embodies Donya as a willful young woman who’s sick of sending messages into the universe without getting anything back. Her fortunes only improve when she includes her phone number with them.

Despite trafficking in a wide array of Sundance tropes — from its modest but ethereal monochrome cinematography to Mahmood Schricker’s Sqürl-adjacent guitar score — “Fremont” is always more delicate than it is precious and mercifully never quite as cute as it sounds. The movie’s studied eccentricities prove more charming than not because its characters themselves are so unpredictable. Every one of them has a sweet little secret of some kind; every one of them is nurturing their own unspoken dream. One previously unmentioned standout: An older Afghan man who works at the empty restaurant where Donya eats dinner and threatens to poison her food if she tells anyone about the soap operas he watches during his shift. “I can’t tell if this series is interesting,” he says, “or if my own life is uninteresting.” In lieu of a plot, “Fremont” teases motes of tender uncertainty from the friction between those two possibilities.

Towards the end, it also teases possibilities from those motes of tender uncertainty. Apologies for burying the lede, but “The Bear” star Jeremy Allen White is in this movie, as Hulu’s newest heartthrob shows up in the last 15 minutes as the sweet but smoldering mechanic who Donya meets during a pitstop in the middle of nowhere. Looking like a greasy young Jean Gabin — his accentuated handsomeness lending a wry touch to the character’s even more overt isolation — White is outstanding in a glorified cameo that perfectly galvanizes the ethos of Jalali’s film and brings this meandering tale of dislocation to a finish that makes it feel bigger than the sum of its parts. America is full of all kinds of people, one of Donya’s Afghan friends tells her — sometimes it only takes one person who speaks your language for a foreign place to feel like a new kind of home.

“Fremont” premiered at the 2023 Sundance Film Festival. It is currently seeking U.S. distribution.

Sign Up: Stay on top of the latest breaking film and TV news! Sign up for our Email Newsletters here.