Idols SA winner Thapelo Molomo and runner-up Nozi Sibiya set the Crown Gospel Music Awards stage on fire. The top 2 contestants performed a duet at the 15th edition of the annual ceremony a few days back.

Thapelo and Nozi were part of the star-studded performers during the glitz and glamorous event on 27 November at the Inkosi Albert Luthuli International Convention Centre in Durban. 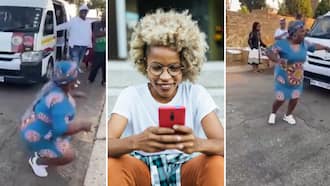 Mzansi gets ready for a long December as even the gogos start to party, video has SA lol: “Kumnandi!”

According to TshisaLIVE, Thapelo took to Instagram and posted pics of his duet with Nozi. He captioned the snaps:

“I enjoy being on stage with this sis of mine Nozi. To more duets coming. #CrownGospelAwards.”

Gospel lovers took to Thapelo’s comment section on the photo-sharing app to share their thoughts on their performance. Many said they enjoyed the duet.

“You guys nailed this one. The last part gave me goosebumps.”

“This collab is amazing guys. Y’all are going places.”

“You guys killed it especially the last part.”

“I love you both soo much. God bless you.”

“You can do good together.” 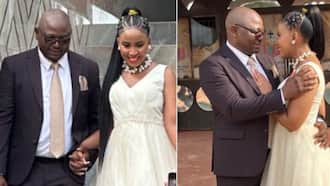 “I love both of you. There something very special in you guys but I think it’s the love of God.”

Thapelo Molomo wants to leave a legacy for his daughter

In other entertainment news, Briefly News reported that Thapelo Molomo became an instant millionaire when he was crowned the Idols SA winner on Sunday night, 13 November. The star plans to buy property with his cash.

Thapelo won big when he walked away with more than R1 million cash, Toyota Starlet, a fashion voucher, musical equipment and a recording deal with Kalawa Jazmee.

The singer told TshisaLIVE that he wants to leave a legacy for his daughter hence he wants to buy property with his money. The star shared that he also wants to touch people’s lives.

PAY ATTENTION: Сheck out news that is picked exactly for YOU ➡️ find the “Recommended for you” block on the home page and enjoy!