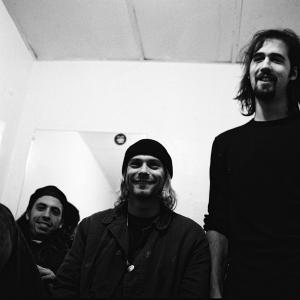 “An Eye on Music” by french photographer Richard Bellia retraces 40 years of legendary concerts such as The Cure, Bowie or Nirvana.

LAUSANNE, SWITZERLAND, November 30, 2022 /EINPresswire.com/ — “An Eye on Music” exhibition by french photographer Richard Bellia retraces 40 years of legendary concerts and encounters with the greatest international rock figures, such as David Bowie, The Cure, The Rolling Stones or Nirvana, punctuated by intimate portraits captured backstage, photos taken on stage and among excited fans.

Born in France in 1962, Richard Bellia has photographed the world of music since 1980. He only works with silver-based photography and the majority of his photos are black and white. In addition to practical reasons, Bellia chooses to work in black and white as a quest for perfection.

” I turned to photography at the age of 18. There was a camera lying around at a friend’s party, I took it, I took photo after photo and when my friends saw the result, they all said, ‘Your photos are really great!’ and I told myself that was what I should do”.

In October 1980, during a Cure concert, Bellia decided to become a rock photographer. In 1985, Bellia settled in London and quickly began to work for the famous Melody Maker magazine. This new contribution sparked an interest from the French press and Bellia became a regular correspondent specializing in the British music scene.

The work of Richard Bellia, retraces 40 years of legendary concerts and encounters with the greatest international rock figures, such as David Bowie, The Cure, James Brown, Public enemy, Run DMC, ODB, the Rolling Stones or Nirvana, punctuated by intimate portraits captured backstage, photos taken on stage and among excited fans.

He has exhibited in United States, England and Europe and actually in Millennium Art Gallery in Lausanne (Switzerland)

Richard Bellia present a picture of Robert Smith (The Cure)